CSV (comma separated values) files are to data formats what FAT32 is to file systems: everybody loves to hate them, but you can't find a more widely supported alternative.

For example, viewing CSV files in a command line environment is typically pretty annoying. You can't make much from this, right? 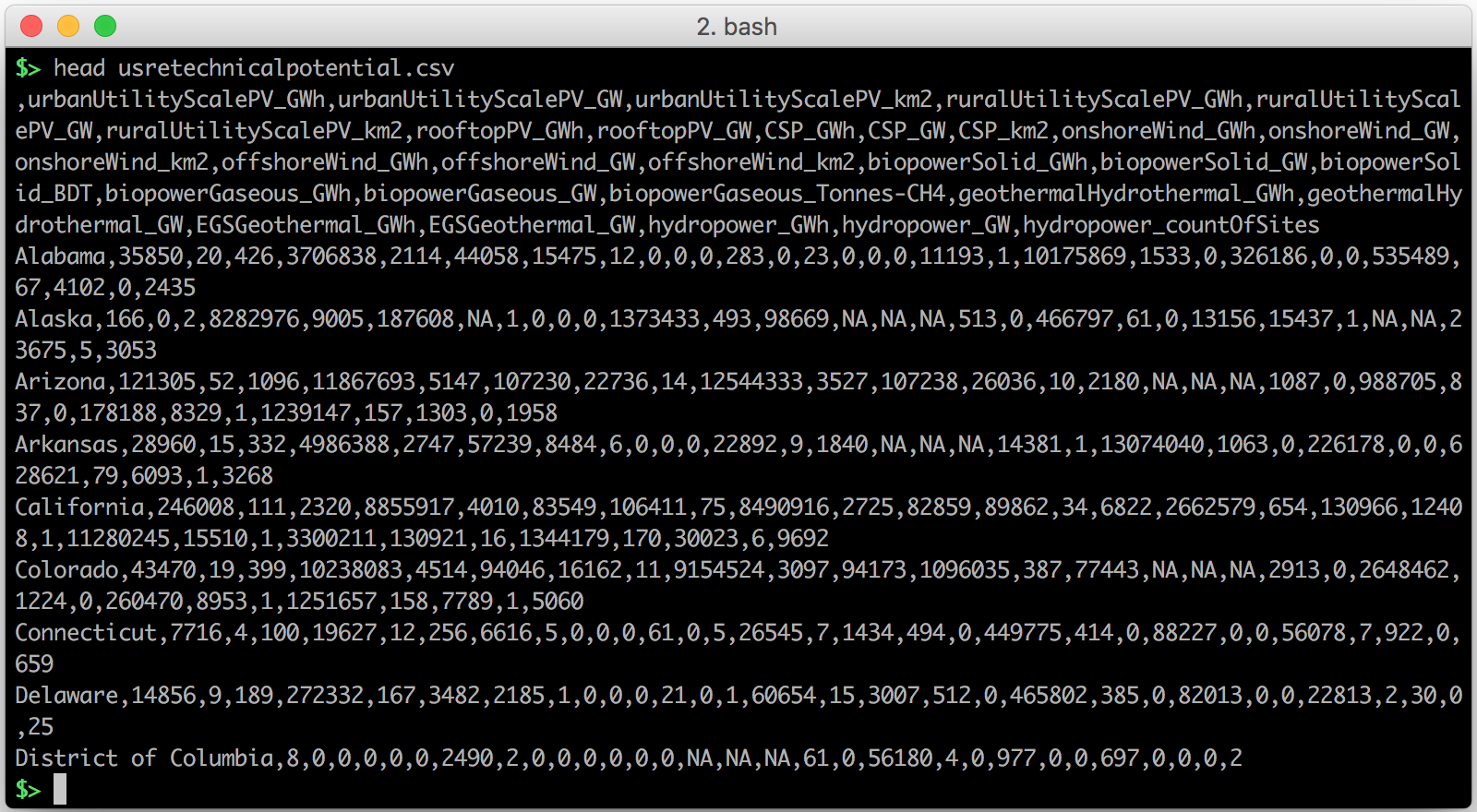 However, if you weld a couple of common command line tools together, you can create a handy viewer that make the data look like this:

There is this well hidden command line tool called "column" that allows you to align the data nicely in properly sized columns. Combine this with a pager like less and we have a nice prototype already

One problem with this is that column ignores/merges empty cells in your data, which ruins the whole point of aligning all together. On Debian/Ubuntu, column provides an option -n to disable this behavior, but for other platforms (like with the BSD flavor of column on the Mac), we need some additional trickery. A simple solution is just adding a space before each comma:

Or, if you want to avoid wasting too much horizontal space, you can add a space only to the empty cells as follows:

Time to create some shortcuts and put this in, for example, your .bashrc, .bash_aliases or whatever other customization options your favorite shell provides. I'll just cover bash here, because that's the shell I currently use most.

In the end we'll have a tool pretty_csv which can be used in different ways:

On Debian/Ubuntu systems I just put this in my .bashrc (note some additional less options, roughly based on how git log works):

For non-Debian systems we have to add preprocessing of empty cells:

Conflict with iTerm2 on macOS

On my Mac I use iTerm2 and I noticed that its shell integration conflicts in some weird ways with less in the above bash function if I apply it through a pipe (cat data.csv | pretty_csv).

As workaround I use a bash script instead of a bash function. For example, create a file ~/.bash.d/pretty_csv.sh, containing:

make it executable (chmod u+x ~/.bash.d/pretty_csv.sh) and create a bash alias for it (e.g in .bashrc or .bash_aliases)

I regularly also have to work with TSV files, where the columns are separated by the tab character. The tricky part here is passing this special character correctly to the parts of the pipeline.

As a bash script (pretty_tsv.sh):

Now you can enjoy the warm cosy feeling of browsing pretty, shiny CSV and TSV files in your terminal.

I've put the code and scripts on github too.